I have our rare book cataloger, Tatyana Pakhladzhyan, to thank for introducing me to American Natural History, a delightful three-volume set by John D. Godman (1794-1830), a physician, lecturer, and naturalist. She initially came across it in our S.132 section, which comprises books on zoology, natural history, and mineralogy (The Academy library has a unique classification system – watch the blog for an upcoming series on our staffers’ favorite sections.)   After consulting with our curator, the decision was made to move the book into our Americana collection.

Though he is best known as a naturalist, Godman first made a name for himself as a medical man. Godman studied at the University of Maryland Medical School, graduating in 1818. He then moved around Pennsylvania and Maryland for a few years and succeeded in Philadelphia as a lecturer. Godman moved to Cincinnati in 1821, where he briefly taught at the Medical College of Ohio.1,2

In 1822, Godman moved back to Philadelphia. The next year he took over leadership of the Philadelphia School of Anatomy.1 Godman had a lifelong interest in nature, but it is in this period that he began to focus on his natural history studies. He became a member of the Academy of Natural Sciences of Philadelphia, the Franklin Institute, and American Philosophical Society.2 In 1826, he became the chair of anatomy at the Rutgers Medical College in New York City, but he was ill with tuberculosis and soon resigned. Too sick to lecture, he devoted himself to his literary pursuits and died in 1830. In his later years, he wrote a series of nature essays that were first published in a magazine and then posthumously as a collected work, Rambles of a naturalist.1,2 These essays are considered to be significant yet understudied American nature writings.2

Godman also contributed to medical literature, both as a writer and editor. He published a work on fasciae of the human body, Anatomical Investigations, in 1824. While living in Cincinnati, he edited the short-lived Western Quarterly Report of Medicine, Surgical, and Natural Science, which was the first medical journal published west of the Alleghanies.1,2 He later served on the editorial board of the Philadelphia Journal of the Medical and Physical Sciences, which was renamed the American Journal of Medical Sciences thanks to his efforts.1

American Natural History is Godman’s effort to document and classify North American mammals. The creatures include wolves, bears, seals, cats, weasels, the domestic dog, and the decidedly American bovine, the bison. The descriptions are accompanied by illustrations depicting the animals with remarkably expressive faces.

As Godman details in the preface, he started on American Natural History in 1823 and anticipated a speedy year to year and a half of work to publish the first volume. Instead, the first two volumes were published in 1826 and the third followed in 1828. He explains the delay:

“It has been frequently necessary to suspend it for weeks and months, in order to procure certain animals, to observe their habits in captivity, or to make daily visits to the woods and fields for the sake of witnessing their actions in a state of nature. On other occasions we have undertaken considerable journies, in order to ascertain the correctness of statements, or to obtain sight of an individual subject of description.” (pp v-vi).

Godman’s emphasis on observation paid off; his work is noted for its accurate descriptions.2,3

Looking further down the same shelf, we found another early American book on mammals, Richard Harlan’s Fauna americana: being a description of the mammiferous animals inhabiting North America. This was published just a year before American Natural History. Harlan’s book was based on A. G. Demarest’s Mammologie (1820). Godman openly criticized Harlan for this reason and maintained the superiority of his work. A rivalry developed between the two, with Godman generally considered the victor.2 Wesley C. Coe corroborates this in his article “A Century of Zoology in America.” He regards Harlan’s text as “a compilation of work from European writers…[that] had little value,” while Godman’s is an “illustrated and creditable work.”4 Nevertheless, Fauna americana will soon join American Natural History on the shelves of our Americana collection.

Please enjoy this selection of illustrations from American Natural History:

Common wolf and dusky wolf in Volume I of Godman’s American Natural History, 1826-1828. Click to enlarge.

Common and hooded seals from Volume I of Godman’s American Natural History, 1826-1828. Click to enlarge.

Canada lynx and wild cat in Volume I of Godman’s American Natural History, 1826-1828. Click to enlarge.

Harp seal and walrus in Volume I of Godman’s American Natural History, 1826-1828. Click to enlarge. 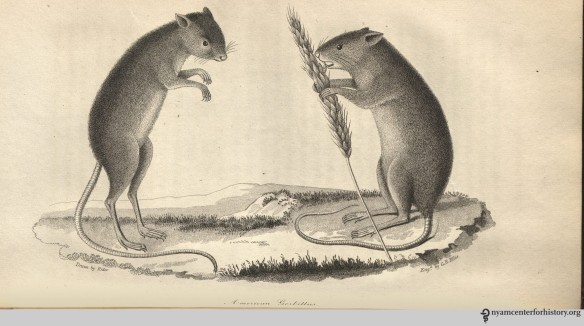 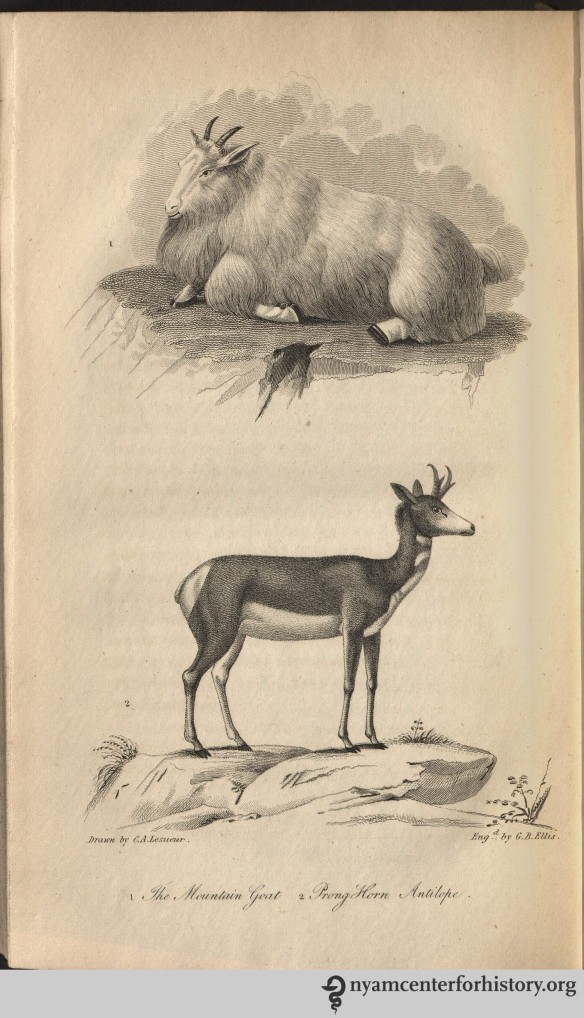 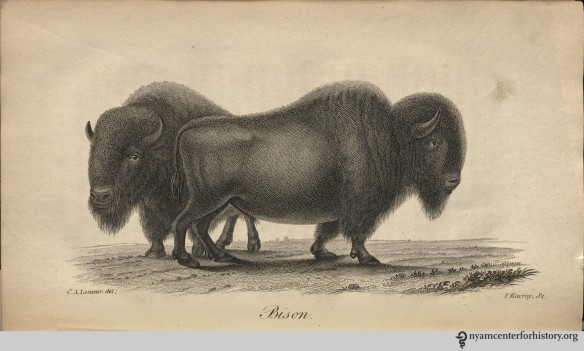