From the congestion, decay, stench and pestilence of Five Points to the rolling pastures and sweeping Hudson vistas uptown, life in 19th century New York was markedly different than it is today. For the mentally ill, the contrast between life then and now is even starker. The NYAM Library’s archival collection of Dr. Alexander E. MacDonald’s papers opens a window into this fascinating and somewhat grim world. 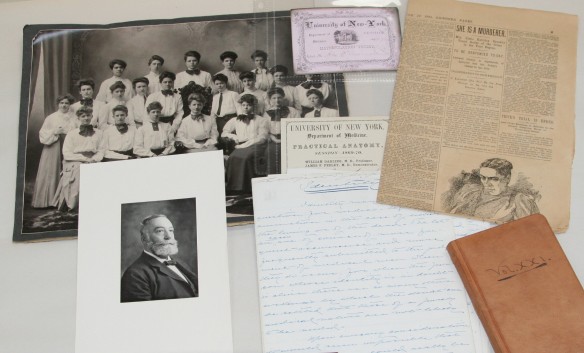 Sample items from the collection.

Purchased in 2005, the materials in this collection cover the period in Dr. MacDonald’s life from 1869 to 1906, concerning most especially his tenure as Superintendent of the New York City Asylum for the Insane, Ward’s Island (which later became the Manhattan State Hospital) and as General Superintendent of the New York City asylums. The collection, which is 8.5 linear feet, includes correspondence and personal diaries, manuscripts, photographs, printed pamphlets and reports, legal documents and press clippings. Taken together, these materials paint a picture of day-to-day life in the asylums at a time when firmly entrenched draconian attitudes towards the treatment and care of mentally ill patients were just beginning to change. As a case in point, Dr. MacDonald (who was also a Fellow of the New York Academy of Medicine) is credited with establishing an outdoor tent treatment for asylum patients suffering from tuberculosis – a novel method that garnered accolades worldwide. Photographs, articles and notes on the subject are included in this extensive archive. 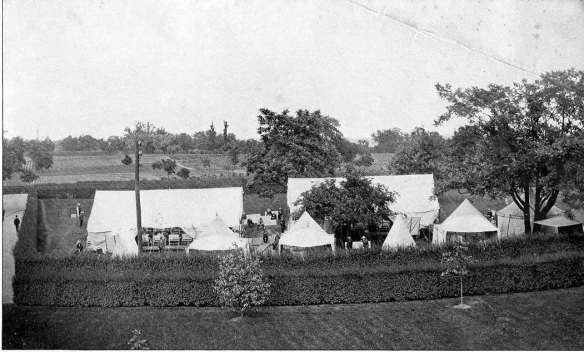 The Alexander E. MacDonald papers have now been processed and were minimally stabilized and rehoused in the Gladys Brooks Book & Paper Conservation Laboratory. For more information or to make an appointment to use the collection, contact the Rare Book Room at (212) 822-7313 or history@nyam.org. The finding aid is available by request. To see where Dr. MacDonald’s Asylum for the Insane once stood, take a walk on the Ward’s Island pedestrian bridge at 103rd Street across the Harlem River to Ward’s Island Park, where you will now find playing fields, bike paths and a scenic waterfront.