Today’s guest post is written by Jennifer Nelson, Professor at University of Redlands, specializing in women’s history, the history of feminism in the United States, and medical histories associated with social justice movements. She is the author of More Than Medicine (NYUPress, 2015).

On Thursday, October 5, Nelson will give her talk, “More Than Medicine: Social Justice and Feminist Movements for Health.” To read more about this lecture and to register, go HERE.

I begin my story of social justice and feminist movements for health with the Mound Bayou demonstration clinic—located in the Mississippi Delta. The clinic was founded by medical doctors who had been part of the Medical Committee for Human Rights (MCHR). Most had come to Mississippi to volunteer during the 1964 Freedom Summer, although several others were locals active in the Delta Ministry, a Mississippi based Civil Rights organization.

Dr. H. Jack Geiger and the other founders of the Delta Health Center clinic worked with the Mound Bayou community to prioritize health needs. They quickly discovered that community members needed more than traditional medicine: they demanded food, jobs, and housing—linking these to the promotion of health. The clinic included a cooperative farm that grew vegetables for the community, since most of what was grown in the Delta was for commercial consumption. Click HERE to listen to Dr. Geiger talk about his experiences in Mississippi at the National Library of Medicine exhibit on the Delta Health Center.

Many historians of social movements have emphasized that the women’s liberation movement emerged from the Civil Rights movement. I also pay attention to this connection, but focus on the use of medicine to achieve social justice goals in both the Civil Rights and women’s liberation movements. In both of these contexts, activists expanded the meaning of medicine in the process.

In the 1980s women’s health movement feminists were also grappling with conversations about race and racism. Since the early 1970s, women of color had been demanding that feminists pay more attention to issues raised by women of color. In the 1970s much of the focus was on sterilization abuse. In the 1980s attention shifted to HIV transmission, safer sex, and AIDS. Dazon Dixon Diallo, one of the only women of color working at the Atlanta Feminist Women’s Health Center in the 1980s, focused on developing a program called the Women with AIDS Partnership Project.

Here is a clip from a talk given by Diallo about her organization SisterLove, which she formed when she left the Atlanta FWHC to more directly address HIV/AIDS: 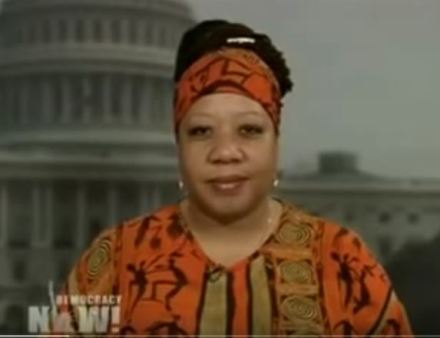 My book also focuses on Loretta Ross, one of the most important founders of the Reproductive Justice Movement, which sought to broaden the feminist discourse around “choice” to address the systemic problems associated with poverty and discrimination that prevented many women of color from simply choosing to have or not have children. Ross’s work connects back to the Civil Rights efforts in Mound Bayou among MCHR activists and local organizers with the Delta Health Center. Ross, by forging a reproductive justice framework, maintained that health promotion for poor women could not rest on medicine alone.

More Than Medicine: Social Justice and Feminist Movements for Health is the third event in the three part event series, Who Controls Women’s Health?: A Century of Struggle. The series examines key battles over women’s ability to control their bodies, health choices, and fertility. It is developed in collaboration with the Museum of the City of New York and supported by a grant from Humanities New York.