Commercially printed greetings for Valentine’s Day appeared in the United States in the first part of the 19th century. Although most printed valentines expressed sentimental attachment, a tradition of sending comic cards developed, especially in Great Britain and the United States. Postcards became popular early in the 20th century and offered an inexpensive way to send these greetings. 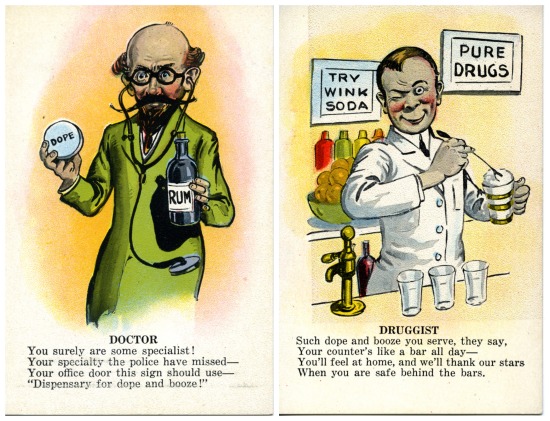 Our doctor and druggist valentine postcards. Click to enlarge.

At first glance, these postcards with their skewering verses do not seem to be valentines at all; a look at the reverse of the card, however, demonstrates that they were meant as such. As Bill Helfand, a notable collector of medical and pharmaceutical ephemera, notes in his article “Pharmaceutical and Medical Valentines,” many of these valentines were issued in sets, and our two caricature valentines were part of a set. 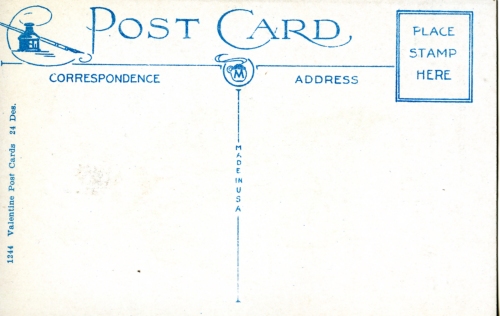 The reverse side of a valentine. Click to enlarge.

Our doctor and druggist cards arrived last winter as a gift from a donor with a longstanding interest in ephemera, along with a reprint of Bill Helfand’s article, which contains a checklist on which both of these valentines appear. The short verses on the two cards malign the doctor and the druggist as potentially criminal dispensers of drugs and alcohol, rather than as professionals with the health of their patients in mind. “There is little in any of these greetings to suggest the professional role that the pharmacist or the physician played in the community at the time,” Helfand reminds us, “But, of course, that was not the intent at all.”

1 thought on “Slings and Arrows”