To celebrate National Poetry Month, we are sharing a poem from our collection each week during April. With the support of the Pine Tree Foundation of New York, we are currently cataloging our manuscript recipe collection, which is the source of our first poem. The rhyming recipe was in both English and American cookbooks through the end of the nineteenth century, but this particular version is most likely from the last quarter of the eighteenth century.

To try out a modern take on this recipe, see “Mother Eve’s Pudding Redux.” 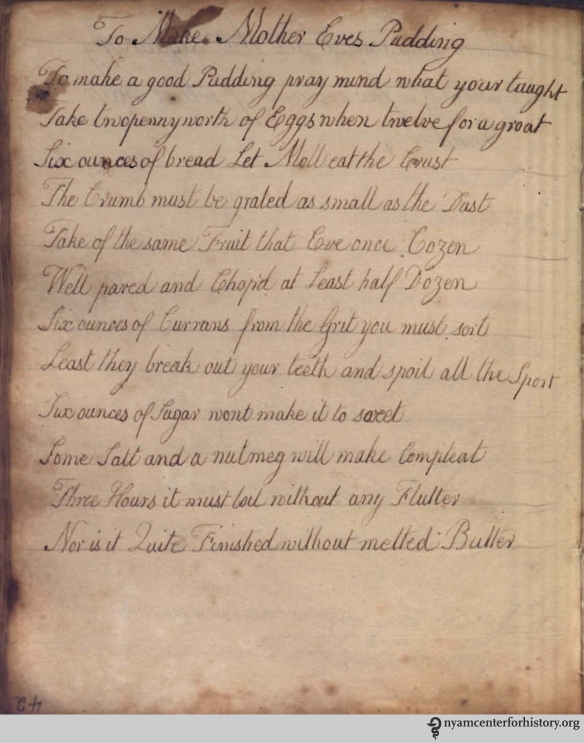 A recipe in verse for Mother Eve’s Pudding, late 18th-century.

To make a good Pudding pray mind what your taught

Take two penny worth of Eggs when twelve for a groat

The Crumb must be grated as small as the Dust

Take of the same Fruit that Eve once Cozen

Well pared and Chop’d at Least half Dozen

Six ounces of Currans from the Grit you must sort

Least they break out your teeth and spoil all the Sport

Six ounces of Sugar wont make it to sweet

Some Salt and a nutmeg will make Compleat

Three Hours it must boil without any Flutter

Nor is it Quite Finished without melted Butter