‘Tis the season for witches and warlocks, and the lure of our 122e classmark—designating books related to the occult—has proven too much to resist. Here, I found a copy of Jean Bodin’s 1593 edition of his manual for witch-hunters—the Demonomanie des Sorciers. First published in 1580 in Bodin’s native France, the Demonomanie was the most influential work on witchcraft published during the 16th century. 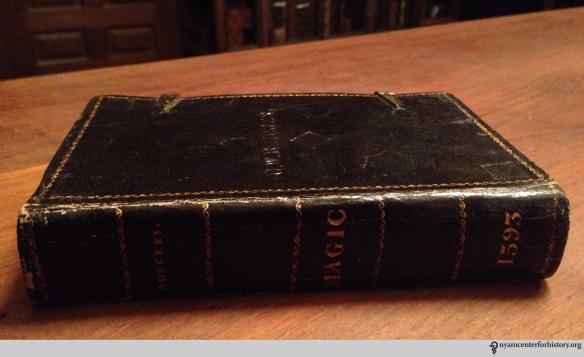 I was immediately drawn to the binding, fastened by a set of steeply pointed metal clasps. The book is bound in black sheep, blind-stamped and gilt, with the words “sorcery” and “magic” gilt on the spine, along with the date. In other words, it looks like one might expect any convincing book on witchcraft should (our book and paper conservator, Christina Amato, was equally enamored with it, see below). 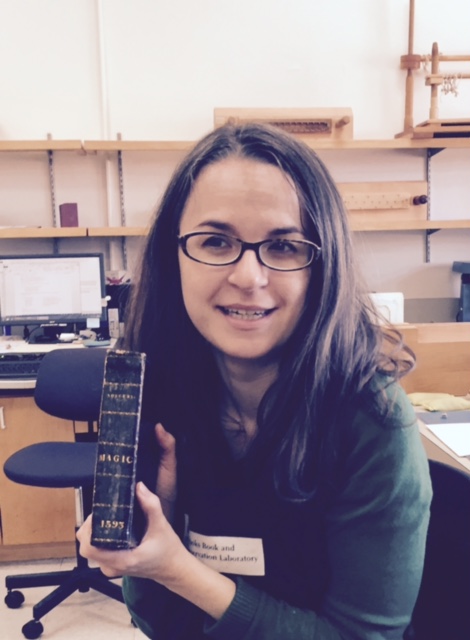 Bodin (c. 1529-1596), educated in classics, law and philosophy, served as both a Carmelite monk and a professor in Roman law. He obtained a post as a public prosecutor in Laon in 1576, where he remained until his death. His best known work is a 1576 treatise on government, Les Six livres de la République. In it, Bodin argued that it was possible for all religions to coexist within the commonwealth.

Bodin’s attitude towards witches was less forgiving. Trials for witchcraft were commonplace in France in the 15th and 16th centuries. More and more, secular courts conducted these trials, rather than courts of the Inquisition.1 In 1580, Bodin wrote the Demonomanie as a guidebook for the successful prosecution of witches. 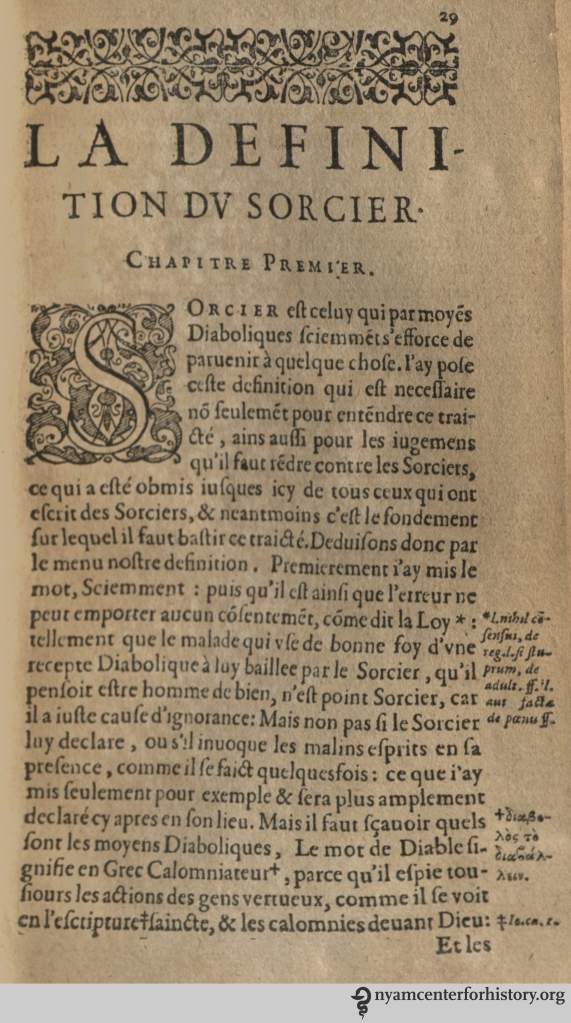 In this text, Bodin attempted to provide one of the earliest legal definitions for a witch. A sorcier, he writes, is one “who by commerce with the Devil has a full intention of attaining his own ends…”2 This definition was sufficiently broad enough to allow for prosecution on a range of charges. Conveniently, witches could be blamed for any number of unexplained ills. In some cases, charges were brought to explain illnesses of unknown origin. Rossell Hope Robbins writes that witches were frequently blamed for the deaths of both humans and animals due to ergotism, food poisoning caused by ingesting a fungus in grain.3

Bodin was among the most rabid of the 16th-century witch hunters. He was not averse to bending the usual rules, writing that “proof of such evil is so obscure and difficult that not one out of a million witches would be accused or punished if regular prosecution were followed.”4 He suggests that torture, enlisting children to testify against their parents, and badgering the accused to confess were all fair game. Of sorcery, he says, there is no crime more worthy of burning.5

The text concludes with a refutation of De praestiigis daemonium, first published in 1563 by the Dutch physician and writer Johann Weyer. Weyer (1515-1588) argued that the evils attributed to witches were most commonly the sole work of the devil himself, and that the majority of those prosecuted for witchcraft were merely ill or mad.

Laid-in at the rear pastedown of our 1593 edition is a clipping from a newspaper, enumerating the significance of the number seven in the Bible. 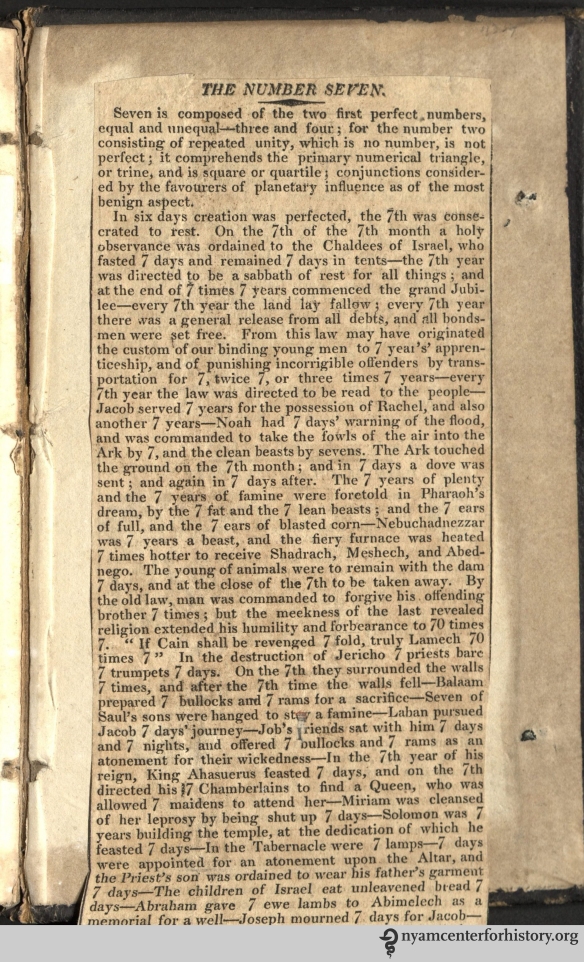 The clipping pasted into our 1593 copy of Demonomanie des Sorciers.

This copy’s front board is stamped with the name of G.W. Bridges. Could this book have belonged to George Wilson Bridges (1788–1863), the Anglican cleric? Bridges, a rector in Jamaica, later became acquainted with William Talbot and took photographs on his travels to the Mediterranean. This G.W. Bridges was hardly known as a bastion of tolerance. In fact, he was notorious for his criticism of other religions and for his dismissal of slave’s rights.6 The binding is in a style that is contemporary with this G.W. Bridges’ dates. Our own bookplate reads, “source unknown.” 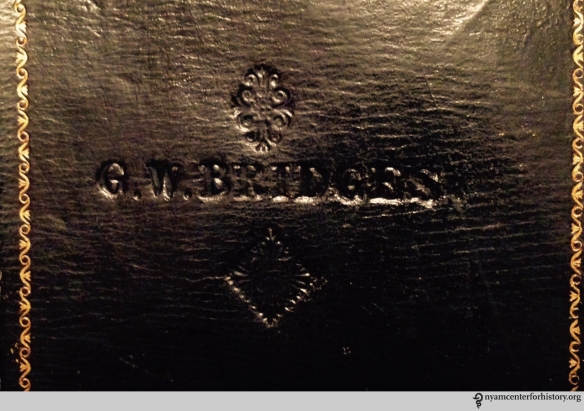