Museum Mile (New York City’s Fifth Avenue from 82nd to 105th Street, which is technically three blocks longer than a mile) is one of the densest cultural stretches in the world.1 For the last 38 years, Fifth Avenue closes to traffic for a few hours on an early June evening. The eight major museums and their neighbors–that’s us!–throw open their doors and spill out onto the street in a block party.

Museum Mile at the New York Academy of Medicine. Courtesy of the Academy’s Communications Office.

The first festival was held in 1979, the brainchild of the Museum Mile Association, to increase cultural audiences and garner support for the arts in time of great fiscal crisis in the city. The festival has since brought many New Yorkers and tourists to upper Fifth Avenue for the first time, and total attendance over the years has surpassed one million visitors.

Besides free admission to the museums along the mile, street performers, chalk drawing, live bands, balloons, and family-friendly activities abound. Dedicated to improving the health and well-being of people living in cities, the Academy has partners from the East Harlem Asthma Center of Excellence and Shape Up NYC joining us for the evening.

Getting physical with our community partners at Museum Mile. Courtesy of the Academy’s Communications Office.

The Library has planned some special crafts for the festival. We have the perennial favorite: coloring pages based on images from our collections. Feel free to download your own pages any time from #ColorOurCollections online. 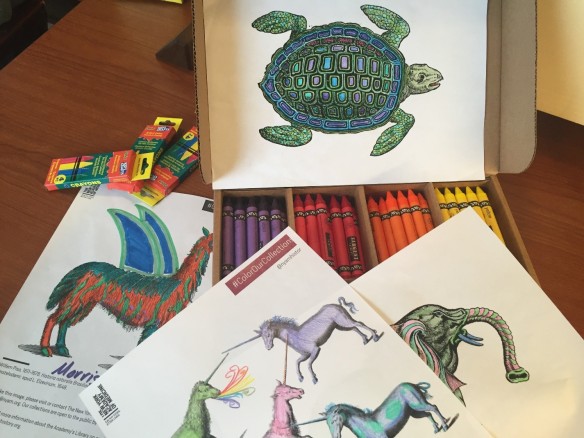 Among the treasures of our collection are the anatomical flap books. These are detailed anatomical illustrations superimposed so that lifting the sheets reveals the anatomy and systems of the body as they would appear during dissection. We created a simple DIY version of a flapbook inspired by these remarkable figures from the 1559 edition of Geminus’ Compendiosa totius anatomiae delineatio, aere exarata. The sheets are quite delicate, so it’s rare to see intact versions like this 400 years after they were made. Make your own flapbook with us during the festival. 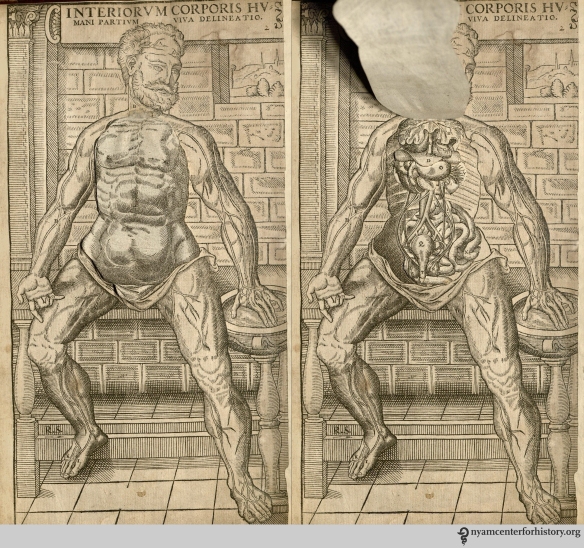 Male flap anatomy from The Academy’s copy of the 1559 English edition of Geminus’ Compendiosa.

Make this flap anatomy craft with us at Museum Mile! Photo: Emily Miranker.

And there’s nothing like using your own body to create art—finger print art!2

Make fingerprint art with us at Museum Mile! Photo and artwork: Emily Miranker.

We look forward to seeing you at Museum Mile!