Today’s guest post is written by the Honorable Diane Kiesel, an acting justice of the New York State Supreme Court. She is the author of She Can Bring us Home (2015), a biography of Dr. Dorothy Boulding Ferebee. On Wednesday, September 21st at 6pm, Kiesel will give a lecture, “Dr. Dorothy Boulding Ferebee:  Civil Rights Pioneer.” There is no charge, but please register in advance here.

Today, when social security and Medicare address the needs of the elderly, health care programs are in place to take care of the sick and a myriad of government agencies exist to help the poor, it is hard to imagine a time when the hungry, the elderly, the sick and the poverty stricken – particularly if they were people of color – were largely forgotten. 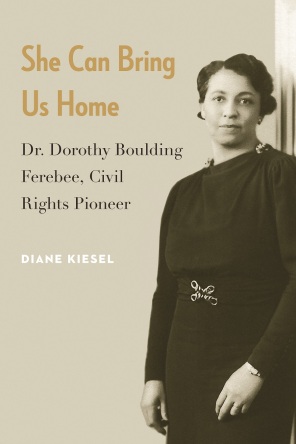 Diane Kiesel’s She Can Bring Us Home, a biography of Dorothy Boulding Ferebee.

Dr. Dorothy Boulding Ferebee (1898-1980), was a well-known African American physician in her day who focused on the health needs of the destitute early in the 20th century, providing a private safety net where none was yet put in place by the government. For seven summers during the Great Depression, Dr. Ferebee, who came from privilege and whose Washington, D.C. medical practice catered to the upper class of her race, led what came to be known as the Mississippi Health Project.  She and a team of all-volunteer doctors, nurses, schoolteachers and social workers traveled to the Mississippi Delta to bring health care to tenant farmers and sharecroppers. The women who made up the health project were graduates of some of the nation’s finest historic black colleges and members of the elite Alpha Kappa Alpha sorority. They left their comfortable homes to drive thousands of miles of unpaved roads through the Deep South to swelter in the cotton fields for their cause. 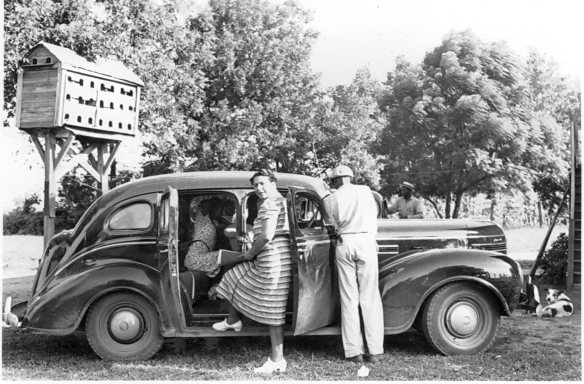 It was a daunting task. Their sharecropper patients earned about $50 a year; they worked the most fertile ground on earth but their diets contained almost no fruits or vegetables because the landowners refused to let them use valuable cotton acreage for gardens. They suffered from diseases that had not, and should not, have been seen in the United States since the 19th century – even though it was 1935. Pellagra and rickets were common, as were outbreaks of smallpox. Tuberculosis deaths were rampant. Thirty percent of the black men in the region suffered from untreated syphilis. Dr. Ferebee’s health team not only had to face disease, but ignorance. Some mothers had no idea how old their own children were. They thought if they put tea bags on their children’s eyes, they would cure their colds and feared cutting their hair lest their children be unable to speak.  Some of them had never seen a physician and others had never used a toothbrush.

In the Jim Crow South, Dr. Ferebee’s motives were suspect – some plantation owners feared she was a Communist union organizer or civil rights agitator. But she persevered, and before World War II gasoline and rubber rationing helped put an end to the project, she and her team provided inoculations, medical and dental care as well as nutrition and hygiene lessons to 15,000 of the poorest of the poor. To this day the United States Public Health Service calls it the best volunteer health effort in history. 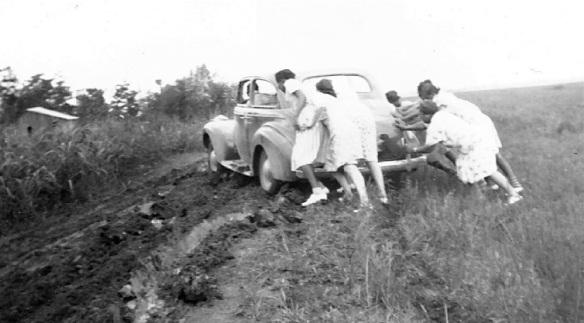 Dorothy and her medical team stuck in the mud in Mississippi. Photo Courtesy of Moorland-Spingarn Research Center, Howard University, Washington D.C.  From the Ferebee Scrapbook, Box 183-30.

The Mississippi Health Project propelled Dorothy Ferebee into the national spotlight. She became president of Alpha Kappa Alpha and followed the iconic Mary McLeod Bethune as the leader of the National Council of Negro Women. In that role she met with presidents and testified before Congress on major civil rights issues. She became a consultant to the State Department where she traveled to Third World countries to bring best health care practices to emerging nations.

Fifty years after the Mississippi Health Project ended one of the participants described it as the inspiration for the next generation of civil rights activists who participated in Freedom Summer and the voting rights struggles of the early 1960s.

Join us to learn more about Dr. Ferebee, this Wednesday night, at The New York Academy of Medicine (103rd St. and Fifth Avenue) for a lecture and book signing (books will be available for purchase on site). Register here; we look forward to seeing you!