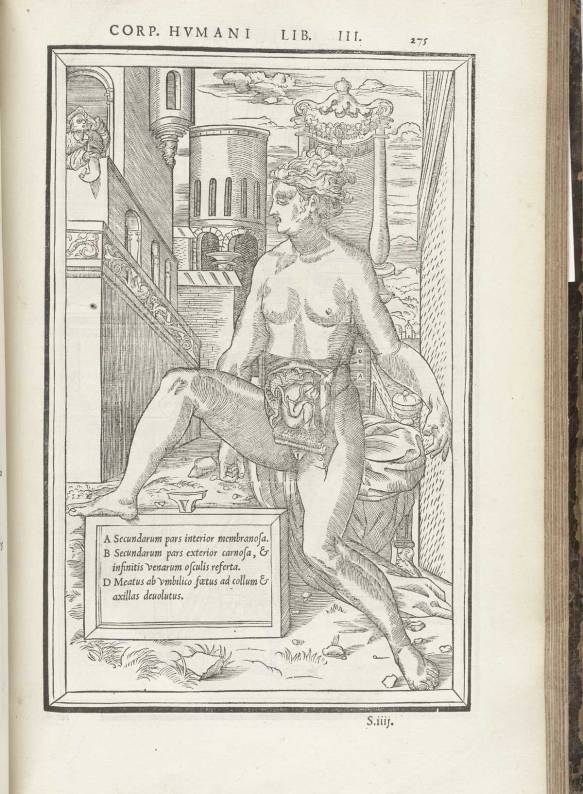 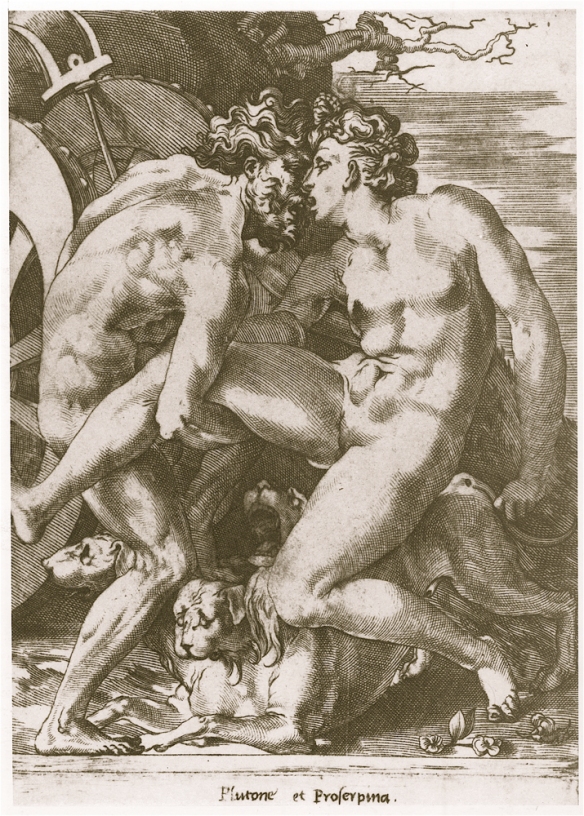 The first image above and those in the gallery below are illustrations from De dissectione partium corporis humani libri tres [Three Books on the Dissection of the Parts of the Human Body], published by Charles Estienne in Paris in 1545. Although this book came out 2 years after Andreas Vesalius’ landmark Fabrica, Charles Estienne’s Dissection was actually completed in 1539, so it is considered a work of pre-Vesalian anatomy.

As explained on the Christie’s auction site:

The anatomical woodcuts in De Dissectione have attracted much critical attention due to their wide variation in imagistic quality, the oddly disturbing postures of the figures in Books 2 and 3, the obvious insertion in many blocks (again, in Books 2 and 3) of separately cut pieces for the dissected portions of the anatomy, and the uncertainty surrounding the sources of the images. The presence of inserts in main blocks would suggest that these blocks were originally intended for another purpose, and in fact a link has been established between the gynecological figures in Book 3, with their frankly erotic poses, and the series of prints entitled Gli amori degli dei [The Loves of the Gods], engraved by Gian Giacomo Caraglio after drawings by Perino del Vaga and Rosso Fiorentino.

All images except the second are from De dissectione partium corporis humani libri tres, using the National Library of Medicine’s fantastic online resource Historical Anatomies on the Web; you can see all the images from Estienne’s book by clicking here.

The second image is by Jacopo Caraglio (engraver), after Rosso Fiorentino (artist): “Pluto and Proserpina,” 1527, from the series, The Loves of the Gods. It was exhibited in “‘An Earthly Paradise’: The Art of Living at the French Renaissance Court,” at the Herbert F. Johnson Museum of Art, Cornell University, January 16 – April 18, 2010, and is found on the Cornell University website.