The position, and the role of today’s U.S. Public Health Service, evolved from very modest beginnings. The story begins in 1798, during President John Adams’ term, with the passage of a law that created a fund to provide medical services for merchant seamen. The following year military seamen were included as well, with the cost of their care paid through a deduction from the seamen’s wages. Over the next 60 years, the government built hospitals in the country’s seaports and river ports.

Fast forward to the Civil War, in the course of which the Federal marine hospitals almost ceased to function. In the aftermath of the War, the Marine Hospital Service was established in 1870 to revitalize them as a national hospital system. Administration was centralized under a medical officer, the Supervising Surgeon, who was later given the title of Surgeon General. The first Supervising Surgeon, Dr. John Woodworth, set about creating a corps of medical personnel to run the Marine Hospital Service. In 1889, Congress officially recognized this new personnel system by formally authorizing the creation of the Commissioned Corps. These public health workers, all of whom initially were physicians, were organized along military lines, with the Surgeon General as their leader. The Surgeon General was given a rank equivalent to a three-star Admiral. 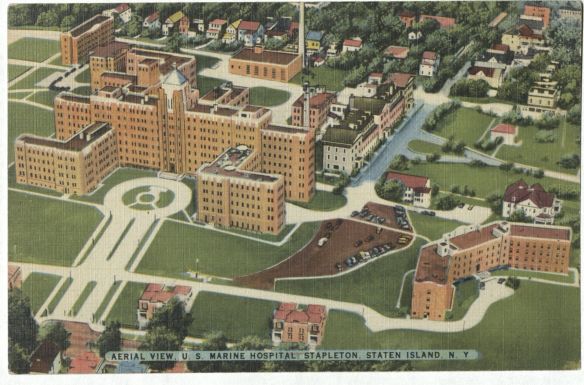 In the decades following the Civil War, the federal government began to assume many duties and responsibilities that heretofore had been undertaken by the states. The Marine Hospital Service took over the administration of quarantines and the health inspection of immigrants. It established a bacteriological lab on Staten Island (the “Hygienic Laboratory”) to better understand infectious diseases, and it ran a hospital on Ellis Island. The Service also coordinated state health efforts and standardized and published health statistics. In 1878, it began the publication of Public Health Reports (the official journal of the U.S. Surgeon General and the U.S. Public Health Service). 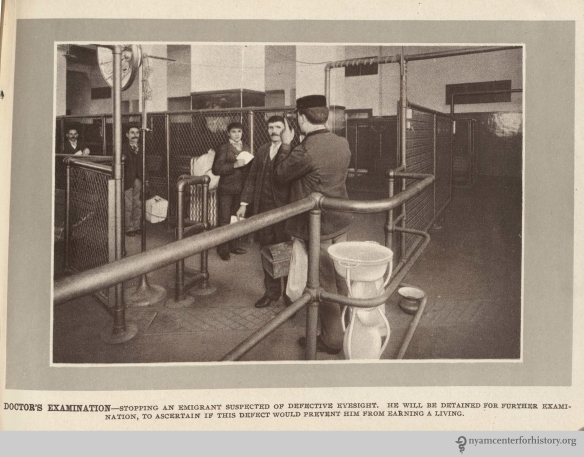 “Investigate the diseases of man and conditions influencing the propagation and spread thereof, including sanitation and sewage and the pollution either directly or indirectly of the navigable streams and lakes of the United States.”

Throughout the first half of the 20th century, the Public Health Service took on an increasingly important role. Its staff grappled with the Spanish Flu Pandemic of 1918 and, for a time, it attended to the needs of injured veterans who were returning from World War I. It also undertook research into endemic diseases. For example, a USPHS physician, Dr. Joseph McMullen, did pioneering work in controlling trachoma (an infectious eye disease) and another USPHS doctor, Joseph Goldberger, made the discovery that a dietary deficiency causes pellagra.

The Service set up hospitals for the treatment of narcotics addiction in Lexington, Kentucky, and Fort Worth, Texas. Its efforts to control malaria in the American South led to the establishment of the Centers for Disease Control and Prevention, and the move of the Hygienic Laboratory from New York to Washington was the precursor to the establishment of the National Institutes of Health. USPHS also assumed responsibility for providing medical services to Native Americans and federal prisoners and, regrettably, it also oversaw shameful medical experiments in Tuskegee, Alabama, and in Guatemala.

From the 1930s onward, the role of the Surgeon General became more and more public. In 1964, Surgeon General Dr. Luther Terry took the campaign against tobacco use to the American public with the publication of Smoking and Health. This led in due course to major changes in the way cigarettes were advertised and eventually to tobacco regulation.

Cover page. From Smoking and health; report of the advisory committee to the Surgeon General of the Public Health Service.

Courtesy of The Ultimate History Project

Over the past 40 years, the Surgeon General has increasingly become the public face of health for the country. In the 1980s, Dr. C. Everett Koop made information about AIDS available to every American—in the form of an unprecedented direct mail campaign—as he sought to frame the disease as a public health threat demanding public health measures. In recent years, the Surgeons General have sought to publicize and address disparities in health care and outcomes among the nation’s increasingly diverse population. As the Commissioned Corps itself has become more diverse, so too have those holding the position of Surgeon General, with the appointment of the first female, African American, and Hispanic Surgeons General. 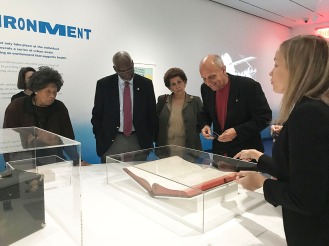 The New York Academy of Medicine was honored to host four illustrious former U.S. Surgeons General, Drs. Joycelyn Elders, David Satcher, Antonia Novello, and Richard Carmona, in conversation with Dr. Freda Lewis-Hall on October 15. They shared their reflections on what it takes to ensure the health of the nation. Above they are exploring with Curator Anne Garner our current exhibition on public health, “Germ City: Microbes and the Metropolis,” co-curated with the Museum of the City of New York, on view through April 2019.

“The Reports of the Surgeon General,” Profiles in Science, https://profiles.nlm.nih.gov/NN/, accessed September 14, 2018.