One of the greatest pleasures of the vast library collections of the New York Academy of Medicine lies in browsing our fascinating treasury of anatomical atlases and smaller format illustrations of the human body. From early attempts by anatomists like Dryander and Hundt, who depicted the body diagrammatically, to the Baroque and fantastic skeletons of the French anatomist Jacques Gamelin, almost two hundred fifty years later, these illustrations are not only visually transfixing, but offer tantalizing visual evidence of the progress made in understanding and depicting the way the body works. Chief among these milestone illustrations stands the monumental work of Vesalius, whose skeletons and muscle men changed the way the human body was drawn forever in 1543.

In this slide show hosted by Flavorwire, we’ve assembled some of our favorite images by pioneering anatomical illustrators. In honor of Halloween, we’re highlighting skeletons with a gleam in their eyes, a scowl on their faces, and a spring in their step, for optimal thrills and chills. 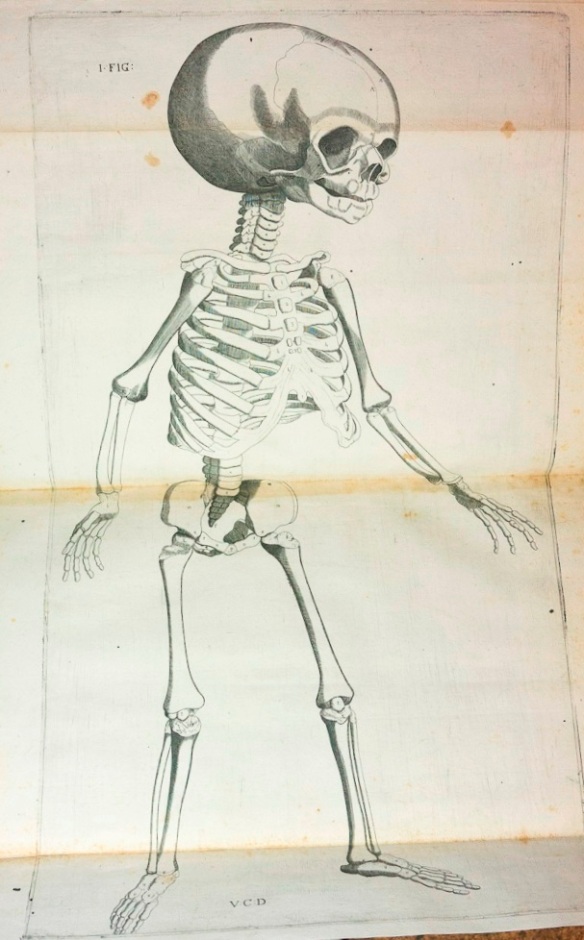 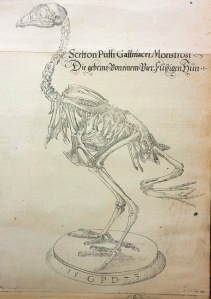 One under-seen and fascinating book to be found in the NYAM rare book collection is Externarum et internarum principalium humani corporis partium tabulae… published by Dutch Renaissance man Volcher Coiter (1534–1576) in 1573. Not only was Coiter renowned as an anatomist, surgeon, and physician accomplished in the fields of physiology, ornithology, and embryology; not only did he establish the study of comparative osteology and describe cerebrospinal meningitis before any of his peers; he was also an artist, and signed many of the finely drawn copper engravings in his books, including those you see here.

All images are my own, photographed at the New York Academy of Medicine, save the painted portrait of Coiter, which was sourced here. The caption, attributed to Dorothy M. Schullian, reads: “Coiter’s portrait (1575) in oils, attributed to Nicolas Neufchatel and representing him demonstrating the muscles of the arm, with the écorché he had constructed on his left and a shelf of medical classics behind him, is preserved in the Germanisches Nationalmuseum, at Nuremberg; there are later portraits at Weimar and Amsterdam.” (source for caption here) 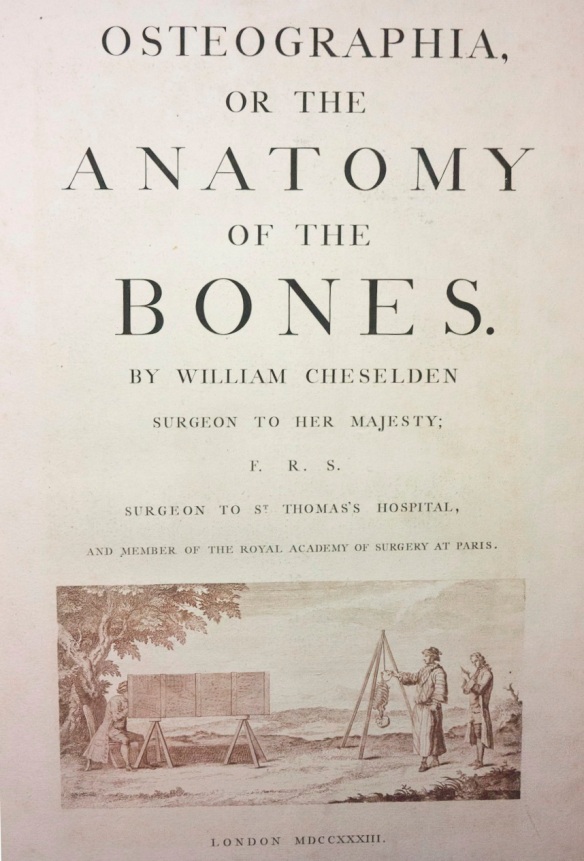 William Cheselden (1688–1752) is remembered today as one of the greatest English surgeons; he was surgeon to Queen Caroline, wife of King George II, to whom he dedicated the wonderful, epically scaled book Osteographia, or the anatomy of the bones  (1733), which is described by the NYAM Library as “one of the finest of English works containing anatomic illustrations.” The copperplate images were done by Cheselden and his engravers, Gerard van der Gucht and Mr. Shinevoet, with the use of the camera obscura—a pre-photographic drawing aid; this is delightfully alluded to in this wonderful image featured on the title page (images 1 & 2) . 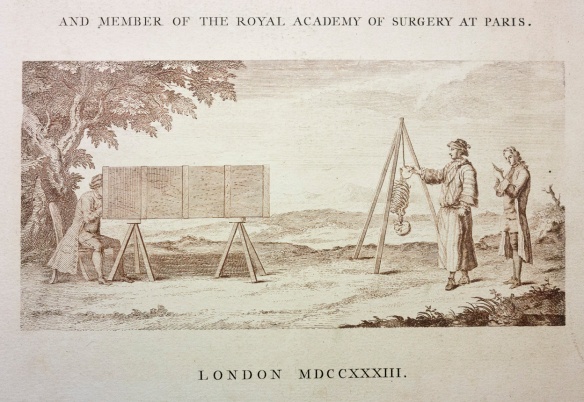 The book is best known for its large scale and exquisite renderings of skeletons brandishing bones (image 3); leaning on skulls (image 4); with “the same proportions with the venus de Medicis” (image 5); “in the same proportions and attitude with the Belvidere Apollo” (image 6); or, most famously of all, “the side view of the skeleton of a very robust man” at prayer (image 7).